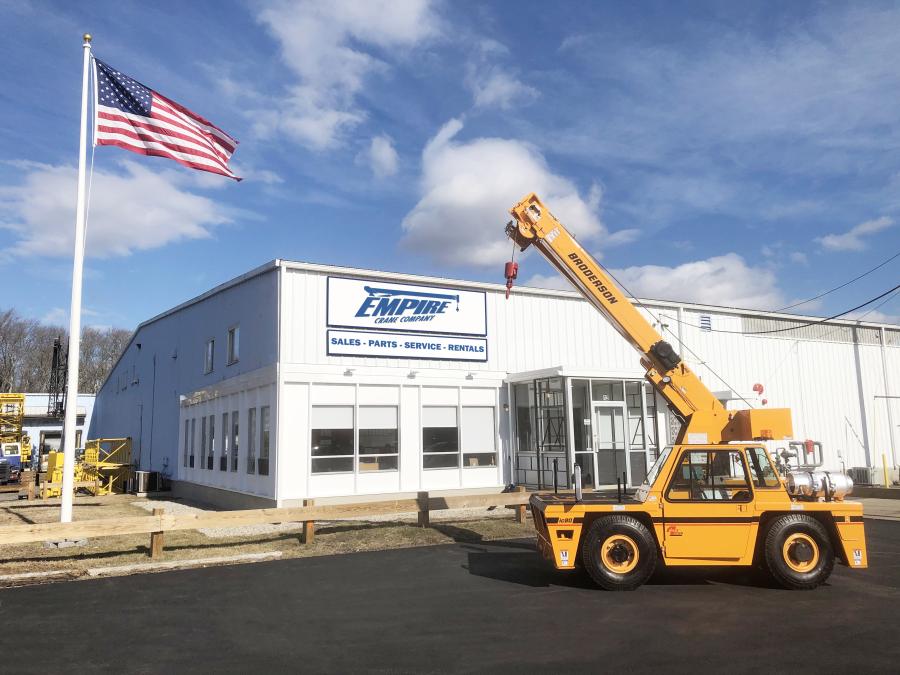 Empire Crane Company has been announced as a dealership of Broderson Manufacturing Corporation’s full line of carry deck industrial cranes. It will be stocking new units for customers in upstate New York, Maine, Massachusetts and Rhode Island.

Empire Crane Company has been announced as a dealership of Broderson Manufacturing Corporation's full line of carry deck industrial cranes. It will be stocking new units for customers in upstate New York, Maine, Massachusetts and Rhode Island.

Empire has three locations that each offer sales, parts, service, and rentals which will be support junctions for local Broderson customers.

Paul Lonergan, Empire Crane owner and president said, "It's a very compact machine, which makes it great for indoor applications at plants or industrial manufacturing facilities. Being a Broderson dealer will allow us to support this market-sector better than we ever could before."

Currently on order for Empire Crane, are all new carry decks from the factory:

The team from Empire Crane will be traveling to Las Vegas in March for the ConExpo-Con/AGG 2020 show to participate in the Broderson booth (as well as others). At the booth, the new 2020 2.5-ton Broderson IC20-1K will be on display and available for sale. The crane features a three-section boom with a tip height of 27 ft. 9 in. and a 7 ft. jib. It also is equipped with a Tier IVF diesel engine and a narrow 4 ft. design for better access to tight work spaces and easy transportation.

"We look forward to working with Empire Crane to promote and support the Broderson product line in the Northeast," Kocsis said.