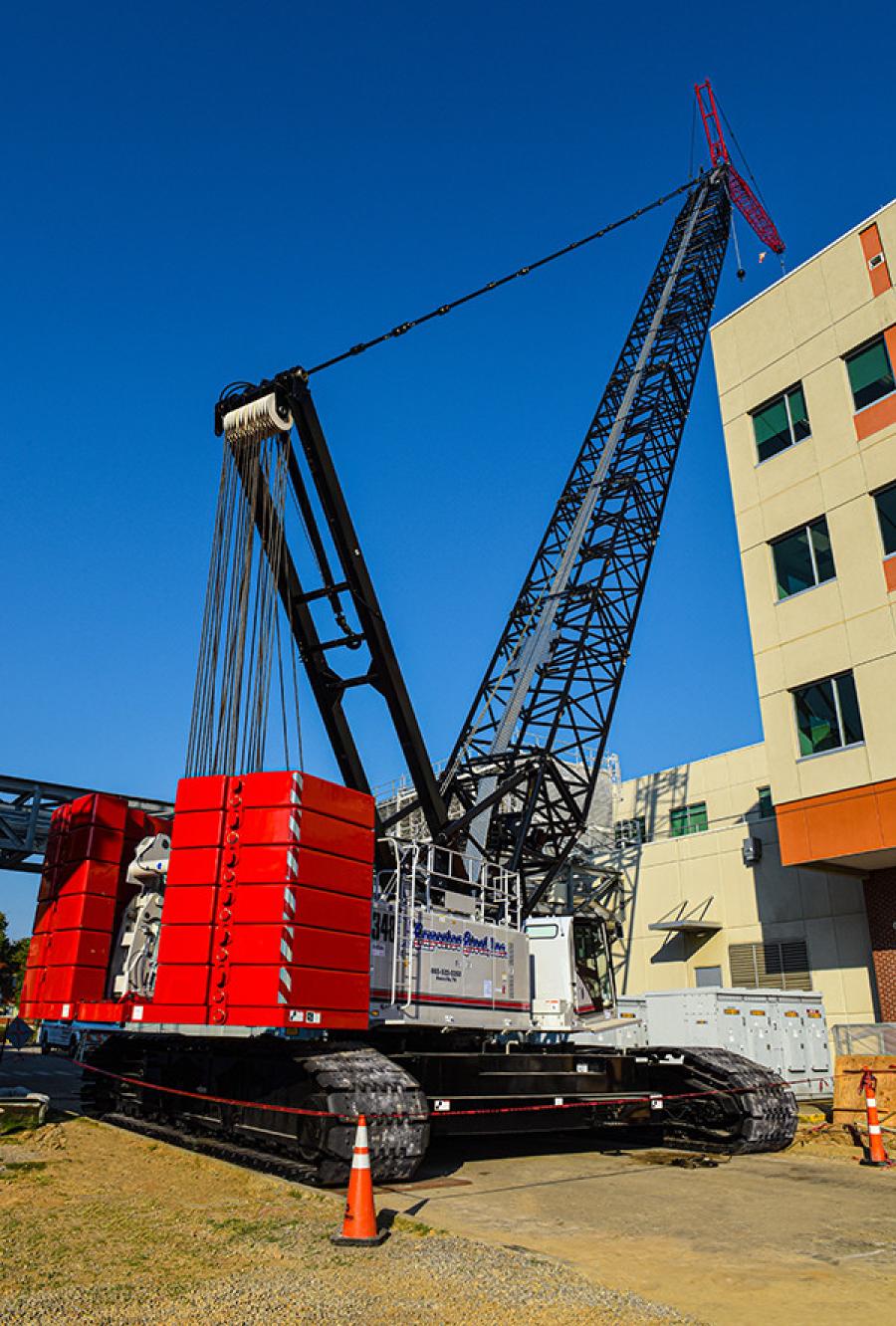 New to the heavy duty boom extension is backstay bar pendant storage. This allows the 348 Series 2 to go to work with heavy-duty boom while the luffer backstay pendants are stored on the conventional boom. This makes the job of converting to luffing attachment faster, saving time and money.

The hook and pin design greatly simplifies the process of mating the combination top with the luffing jib base section. Lattice style front and rear posts further reduce transport weight.

In addition, 348H5 heavy duty and long range extensions are interchangeable with the 348 Series 2.

Just like any other Link-Belt lattice crawler, the 348 Series 2 completely self-assembles with a live mast quick draw cylinder. An all-new 13-piece counterweight removal system lifts up to 227,000 lbs. (102 965 kg) of upper counterweight and is designed for easy handling with fewer connection points. The full counterweight system is pinned and unpinned at ground level.

To accommodate varying transport regulations throughout North America, the 348 Series 2 main unit transports under 100,000 lbs. (45,359 kg) and is equipped with car body jacks and quick disconnects on lower hydraulics for quick and easy installation of the hook and pin side frames.

Initial shipments of the 348 Series 2 delivered to Knoxville, Tenn., and Greenville, S.C.

The first 348 Series 2 went to work at Oak Ridge for a $95 million contract that included replacing and installing new HVAC systems for a new Frontier supercomputer at Oak Ridge National Laboratory. Upon completion of the Oak Ridge project, the 348 Series 2 transported to Lexington, Ky., to erect steel trusses on a $241 million Lexington Convention Center expansion.

Select Crane Sales delivered a 2020 Tadano ATF130G-5 to a customer in the Northeast who had an immediate need.