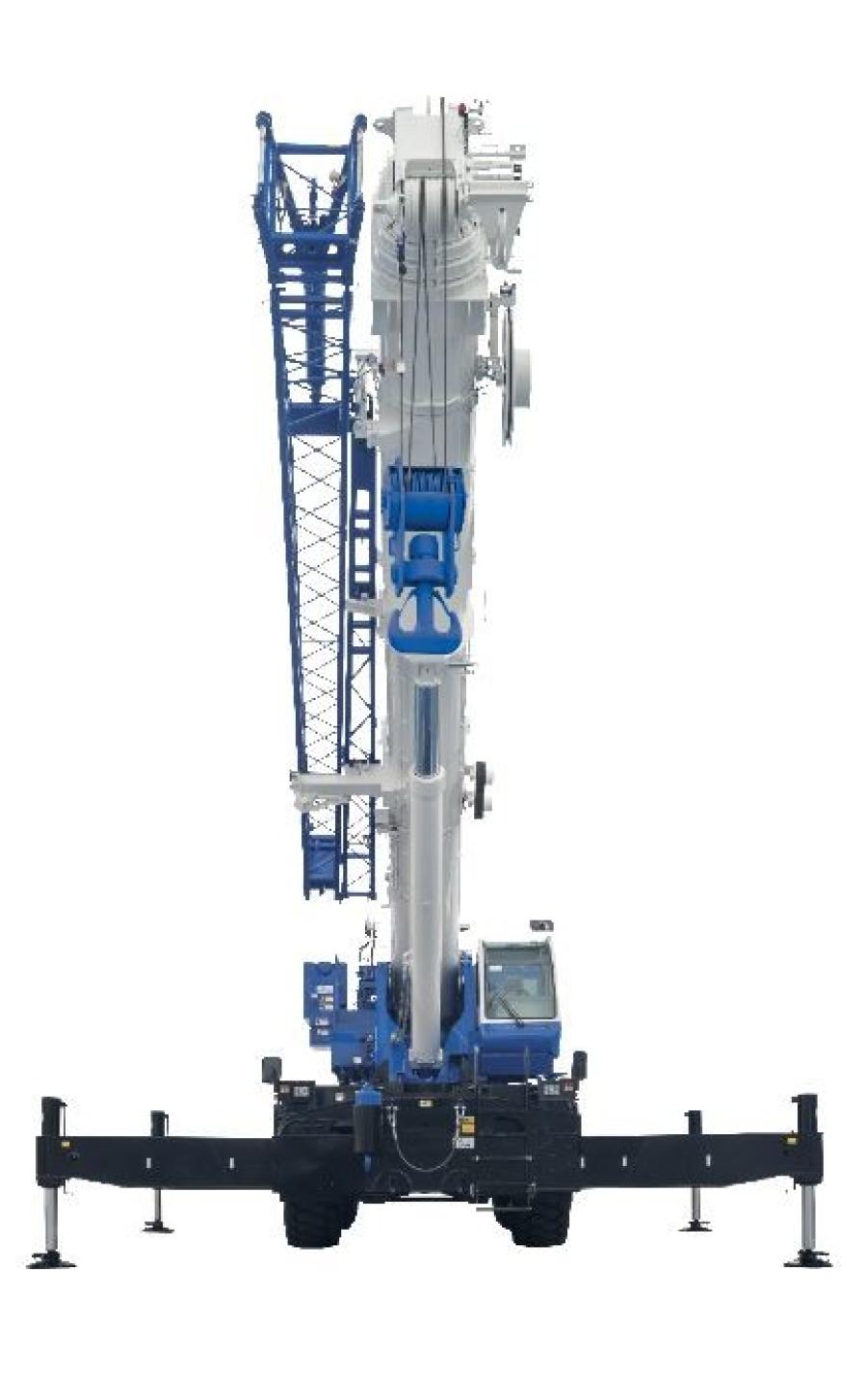 The Tadano GR-1600-XL rough terrain crane offers a hydraulic offset jib can be adjusted between 5 to 40 degrees by the jib tilt cylinder.

With a capacity of 160 ton, the Tadano GR-1600-XL rough terrain crane has one of the highest lifting capacities in its class, according to the manufacturer. The combination of a 305 ft. tip height with superior maneuverability provides versatility in the field. The ability to self-disassemble and self-assemble makes transport of a crane of this size highly convenient.

The Tadano GR-1600-XL rough terrain crane offers a hydraulic offset jib can be adjusted between 5 to 40 degrees by the jib tilt cylinder.

Tadano's AML-C is easy to use, innovative in design, displays important information to the operator as well as enables the operator to preset a custom working environment. For example, the AML-C shows the boom angle, boom length, load radius, operating pressure of the elevating cylinder, the extension width of the outriggers, slewing position, rated lifting capacity and present hook load.

These features allow the AML-C to move seamlessly through all lifting operations without having to change configurations or input new codes to make the lift.

The GR-1600XL has a 3-axle, compact width (10.9 ft.) and height (12.5 ft.) carrier which offers improved maneuverability and the ability to reduce space for transportation.

Counterweight along with an auxiliary winch is hydraulically mounting/dismounting; in addition, dismounted counterweights can be lifted and moved for transport without a helper crane, as well as being re-mounted at a work site for operation.

The HELLO-NET system is used to monitor the crane activity straight from a computer or mobile device. Customers have the ability to view the work history, machine position data and maintenance information. HELLO-NET has advanced customer support between the owners' site and Tadano.