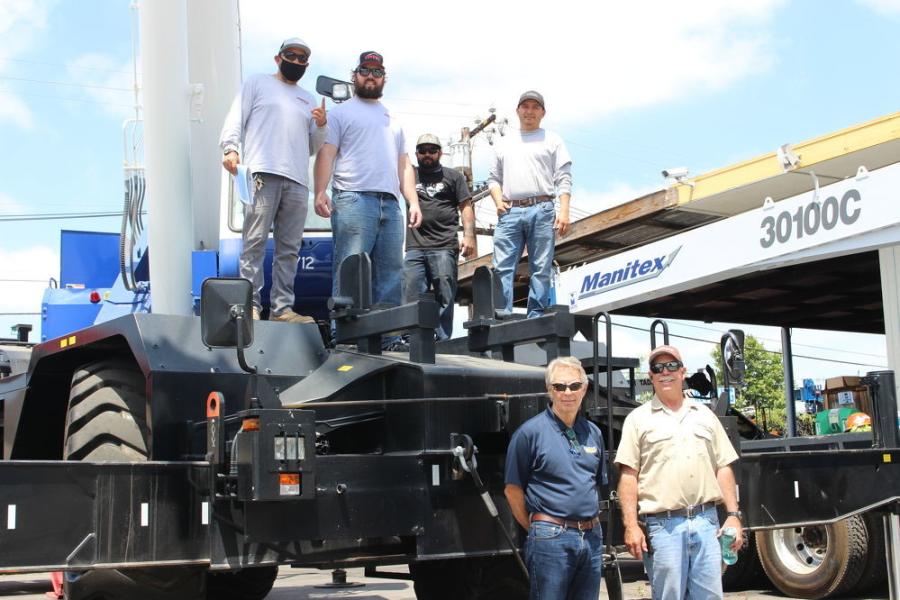 Dewolfe Crane Service's work with Orange County Transit and Caltrans has kept it steadily busy thru the first two quarters of 2020 and has even fueled the need to add one crane to its fleet.

When company owner Jim Dewolfe first learned that OCTA, in cooperation with Caltrans, planned to widen a 16-mi. stretch of the San Diego Freeway (I-405) in Orange County, he began reaching out to the contractor chosen for the project, OHL.

As a result, Dewolfe has been the primary crane contractor on the project over the last year and a half. Due to the number of bridges being replaced on the highway, the construction crew's primary focus has been on hoisting reinforcing steel and bridge falsework including large I Beams, bents and concrete forms.

Dewolfe expects his company's work on the project to be wrapped up next year.

The highway project underscored the company's need to expand its fleet, particularly in the 90-ton range. Looking to reduce operator costs and time with his current 40 ton truck cranes, DeWolfe decided to start looking for a more cost-effective solution.

"In the union, crane rental business anything larger than a 40-ton in a truck crane requires two men on it and if it's a rough terrain crane, you can go up to a 90-ton and have it a one-man machine. When you only have to pay for one guy, it is more crane for less money", said DeWolfe.

Being new to the rough terrain crane market, Dewolfe picked the brains of the people he said "know the machines best." He talked to crane mechanics. "Overwhelmingly, I was told Tadano was the machine I needed," he said.

"The mechanics told me the Tadano crane was virtually trouble free and required much fewer service calls than other manufacturer's cranes," Dewolfe added. "Saving my customer's time and money and creating a better work performance for my operators is the ultimate goal".

DeWolfe reached out to the local Tadano dealer, Coastline Crane. 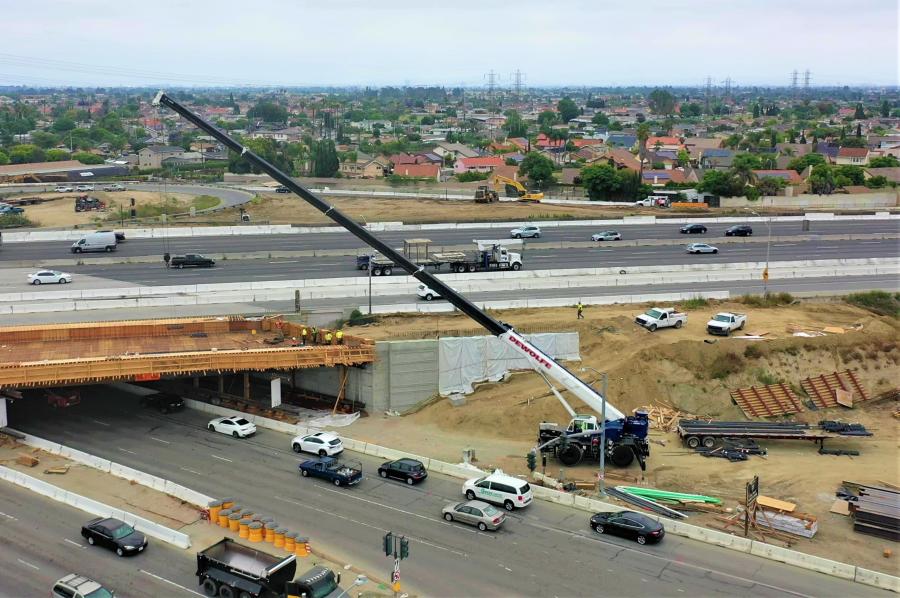 "Having known Neil Goodale, division manager at Coastline Crane, for 20 years and Gary Bach ,Coastline Crane sales, for over 40 years, I knew that they would be a good company to work with", said DeWolfe. Within days, DeWolfe found what he was looking for with a 2016 Tadano GR900XL 90-Ton Rough Terrain Crane.

Bach said he felt the GR900XL would be a good fit for Dewolfe.

"A single cab, multiple steering options and four-wheel drive makes it very versatile once you are on the jobsite," Bach said. "It is very compact and mobile, so it moves easily around the jobsite.

"I feel very fortunate," said DeWolfe, "the Tadano is performing well in conjunction with our other Tier IV cranes, Terex T 340's (40 ton) and Grove 9000E (110 ton) on a taxi crane basis. Our customer is very pleased with boom length, the capacity and the maneuverability of the Tadano crane."

Dewolfe said he is also impressed with the ECM (Electronic Control Module) satellite monitoring that is part of the Tadano package. The ability for his crews to track the crane's performance from the factory and make some repair changes remotely brings huge value, he said.

Coastline provided a training program for Dewolfe staffers and continues to offer support in the field.

"Coastline has given us great after-purchase care," DeWolfe said. "With a new crane purchase there are always technical questions and Ben Marrujo, service manager, has always answered all our questions after hours and on the weekend."

With over 30 years of experience in the crane rental industry, Dewolfe provides cranes and operators on a rental basis. Their fleet consists of 9 cranes: 6 forty ton cranes, (4 of which are Tier IV), a 90 ton, a 100 ton and 110 ton, also Tier IV.

Most of Dewolfe's operators have 30 plus years of experience operating cranes in Southern California and have been involved with almost every type of construction project. Centrally located in Stanton they serve most of Southern California, including Los Angeles, Riverside, San Bernardino and Orange Counties.

Surabaya Express, one of the largest crane rental and transportation companies in Indonesia, has added a Grove GRT8100 rough-terrain crane to its fleet to help drive its business expansion into new industry segments.

The list of rules and regulations governing lifting and rigging procedures is long and varied. The applicable guidance depends on the type of lift and whether it's being performed as part of a construction, general industry or military project.

Looking Back: Cranes From Around the World Circa 1980s →

Link-Belt TCC-550 to Debut at CraneFest →

Link-Belt Cranes has announced production of a new 55-ton (45-t) TCC-550 will begin soon, with shipments set to begin in the fourth quarter of 2021.

When Steel Giraffe LLC owner Stephen Kelly began looking to expand his fleet, he knew he needed a crane that was adaptable to many different environments and capable of tackling a wide variety of projects.

Heavy Equipment Colleges of America (HEC) students in Stonecrest, Ga., took part in an assembly safety class on May 19 that used a new Manitowoc MLC100-1.

Seven steel erection companies have been named as recipients in the annual project of the year awards by the Steel Erectors Association of America (SEAA).