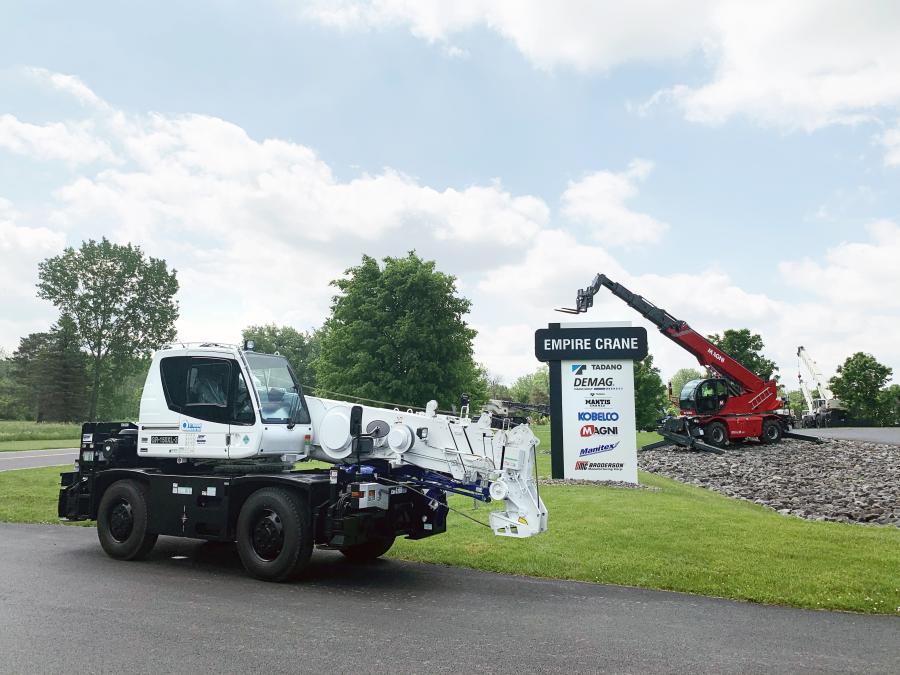 Empire Crane Company has been added as an authorized distributor of Tadano cranes.

Tadano America Corporation announced that Empire Crane Company, headquartered in Syracuse, N.Y., has been added as an authorized distributor of Tadano cranes in the northeastern United States.

Since opening in 2002, Empire Crane has been a trusted partner in the lifting industry and is a long-time authorized distributor of Demag and Mantis cranes. Empire Crane decided to expand this partnership following the Tadano Group's acquisition of Demag mobile cranes in August 2019 and is now an authorized distributor of Tadano all terrain cranes and rough terrain cranes in New Jersey, New Hampshire, Vermont, Maine and New York, excluding metro New York and surrounding counties.

"For years and years we've been involved with the Tadano corporation through the Tadano Mantis tele-crawlers. As we start off 2021, it's a privilege to now be able to sell the whole product line in our territory," said Empire Crane Company CEO and Vice President Luke Lonergan, adding, "When I pull into work each morning and see the Tadano logo at the top of our company sign, it makes me so proud that we represent the leading crane manufacturer for the northeast part of the United States."

Tadano America Corporation Vice President of Sales Ken Butz said, "Paul and Luke Lonergan are staples of the crane industry and have fueled its growth in the northeastern United States. Empire Crane has been a successful distributor with the Tadano Mantis hydraulic tele-crawlers as well as a top performing Demag mobile crane distributor for many years, and we are excited to expand our relationship with them. Their depth of experience in the crane industry and commitment to customer service excellence will add a great amount of value to Tadano products in the markets that they serve." 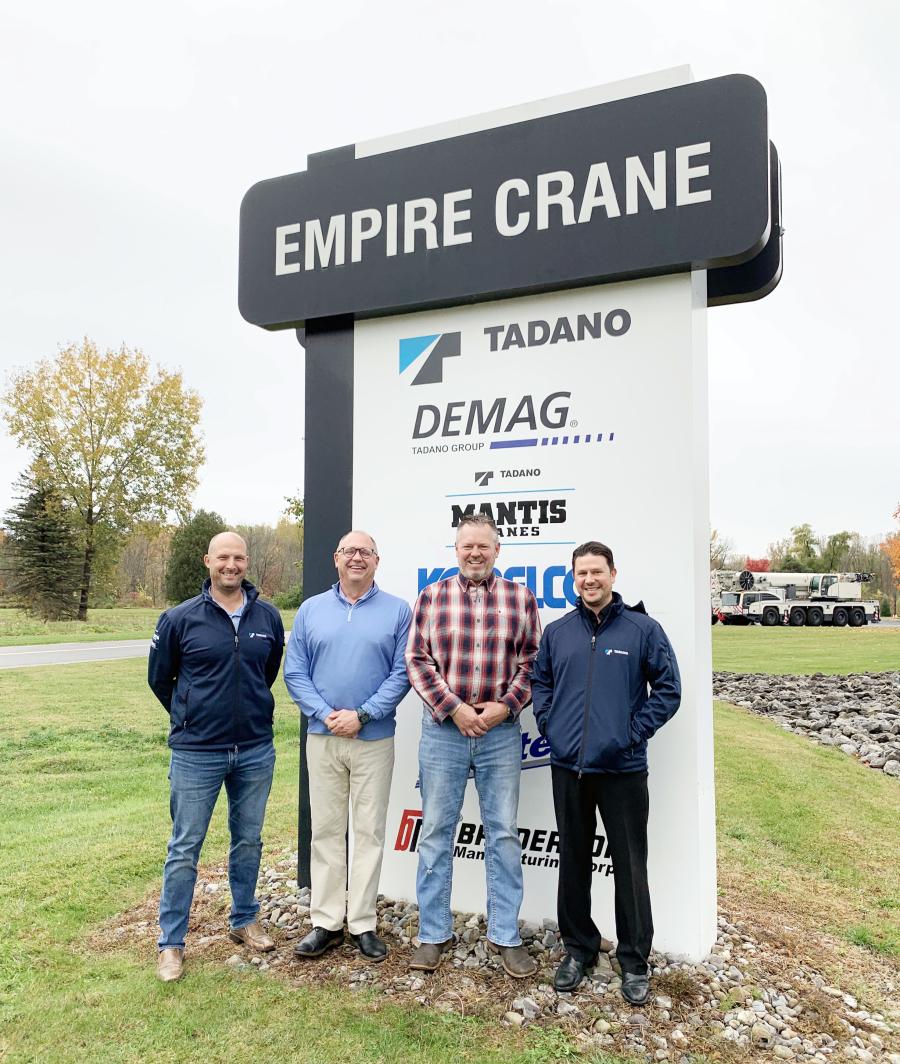 The steel superstructure for JP Morgan Chase‘s new 1,425-ft. supertall headquarters continues to rise on the western half of 270 Park Avenue's full-block parcel in Manhattan, N.Y.

Greiner Industries Inc. recently took delivery of its new Demag AC 300-6 from Empire Crane Company. Greiner wanted to add a 350-ton unit to its fleet because of the long main booms this class is equipped with.

The ALL Family of Companies is beefing up its crawler crane offering in a big way with the purchase of a new Liebherr LR 1800-1.0.

The employees of German company Neeb received three new Grove all-terrain cranes during a handover at the Manitowoc factory in Wilhelmshaven in November 2020.

ALL is reinvesting heavily in its mobile all-terrain fleet, announcing a massive haul of 21 new cranes from Liebherr that will be delivered throughout 2021.

Jerome "Jake" Liptak, one of the co-founders of ALL Erection & Crane Rental Corp. and a pioneer in the crane rental category has died.

Tadano announced it has added Alta Equipment Company as an authorized distributor of Tadano all terrain and rough terrain cranes, as well as Demag all terrain cranes and Tadano-Mantis telescopic boom crawler cranes, in Illinois and Indiana.

Demag already had an 88 ton (80-t) crane at one point: The AC 80-2. "The worldwide success that this model had showed that there's significant interest in a crane with this kind of lifting capacity," said Michael Klein, the product marketing manager in charge.