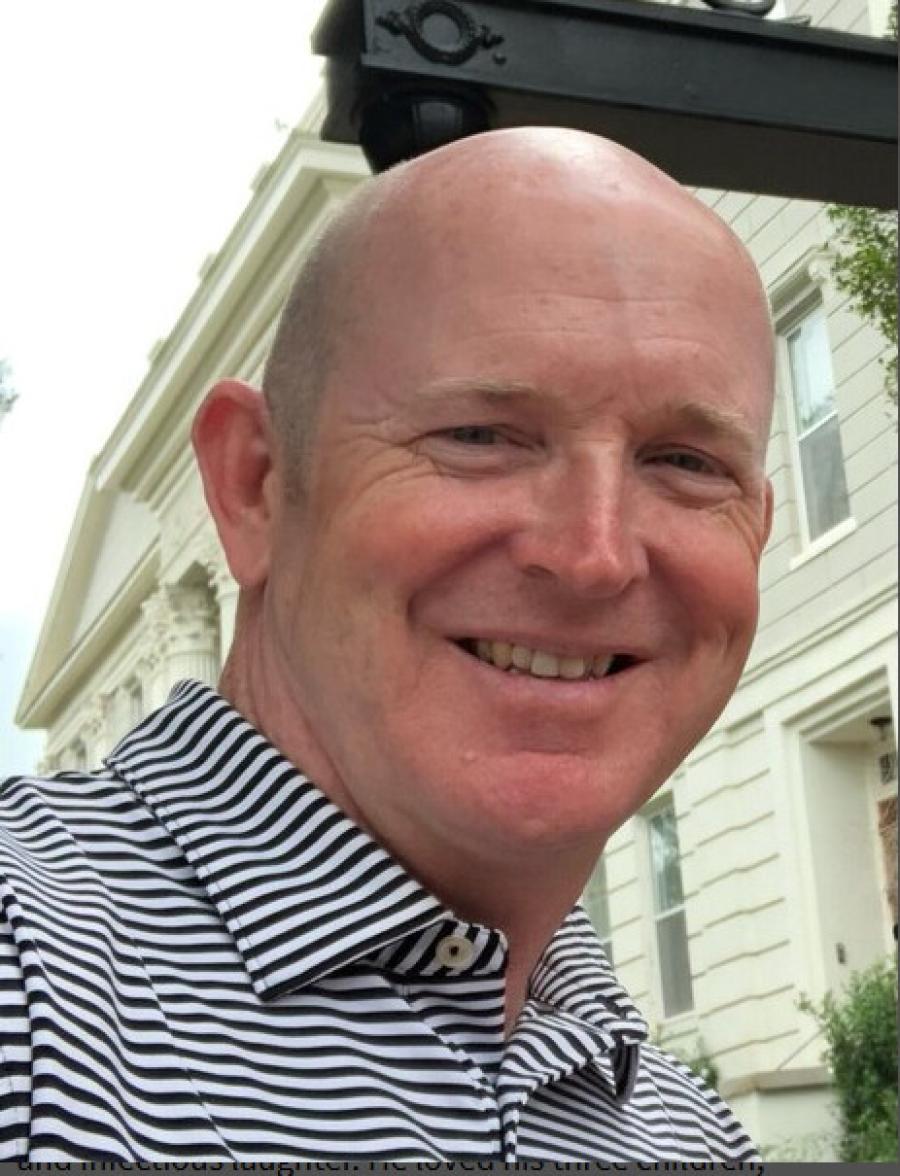 Mr. Leatherwood was born Oct. 13, 1965, in East Point, Ga. In 1971, his family moved to Moultrie, Ga., where he grew up and graduated from Colquitt County High School. He then attended the University of Georgia, Athens, Georgia, where he was a member of Tau Kappa Epsilon fraternity. He graduated in 1988 with a Bachelor of Science in Agricultural Economics.

Shortly after graduation, Mr. Leatherwood started a lifelong career as a sales representative of Link-Belt Cranes. In 1991, he moved to Charlotte, N.C., to continue his career with Owsley & Sons, and was most recently west territory manager with Pinnacle Cranes. He was a dedicated employee and often received top salesman honors.

Mr. Leatherwood had a large personality and made friends easily with his Southern charm, sweet grin and infectious laughter. He loved his three children, listening and singing along with country music, and drinking Budweiser and sharing stories with his friends. Additionally, he was a huge sports fan.

Mr. Leatherwood was an avid golfer and a proud member of Carolina Golf Club. When he was not on the links, you could find him watching/listening to Colquitt County Packers football on Friday nights, UGA football on Saturdays or Atlanta Braves baseball any day they were playing. He also loved coaching his kids' baseball and basketball teams when they were younger.

Mr. Leatherwood is preceded in death by his mother Dianne Leatherwood; his aunts Marie Jennings and Anne Jennings; and four loving grandparents. He is survived by his children Caelyn, Cole and Will and their mother Dottie Leatherwood; his partner of three years Dana Sellers; his father Curtis Leatherwood and wife Joann; sisters Jennifer and Allison Leatherwood; niece Marie and nephew Jennings; uncle Bob (Buzzy) Jennings; aunt Kay Williams and husband Tommye; and cousins Susan, Wendy, Christy and Katherine.

Pinnacle Cranes, a leading distributor of Link-Belt and Manitex cranes in North and South Carolina, announced that Scott Ramsdale has been promoted to service manager.

Link-Belt TCC-550 to Debut at CraneFest →

Link-Belt Cranes has announced production of a new 55-ton (45-t) TCC-550 will begin soon, with shipments set to begin in the fourth quarter of 2021.

As the saying goes, "It takes a village." Recently, D.A. Collins and Link-Belt Cranes joined forces to pick Collins' 200-ton Link-Belt crawler crane out of the Lock 7 chamber in Niskayuna, N.Y.

Construction is under way at The Stack, a 16-story project in Deep Ellum, a historic downtown Dallas neighborhood.