On Oct. 29, Mammoet's USA team won a Job of the Year award at the Specialized Carriers and Rigging Association's (SC&RA) Annual Conference in San Antonio, Texas.

The award was for Rigging Job of the Year in the $750,000-$2 million (U.S.) project category. The purpose of the SC&RA awards is to give special recognition to members that perform exceptional achievements in solving problems encountered in rigging and hauling.

Mammoet presented the successful completion of the transport and lift of Seattle-Tacoma International Airport's newest expansion — an elevated pedestrian walkway for the future international arrivals facility. Part of the airport's $968 million expansion, the new bridge is only the second walkway in the world with suitable clearance for a Boeing 747 to taxi beneath.

Once transported into position under the existing V-piers, erection crews used four 900 ton steel frames that utilized a strand jack system. This was the first time these frames from the Netherlands had been used in the United States. With just a few centimeters of tolerance for a precise fit, the bridge span was carefully hoisted into its final position, 72 ft. from the ground, before being welded into place. 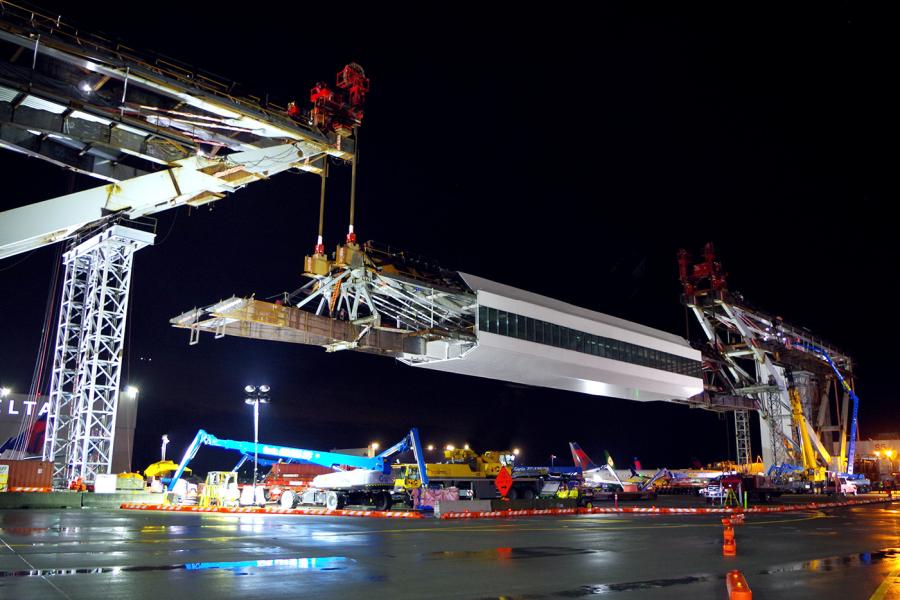 SPMTs aligned the bridge with the strand jacks in preparation for lift.

After nearly eight years of planning, design, and construction, the installation has created, at 900 ft. long, the world's longest pedestrian bridge span over an active airport taxi lane.

In 2020, Mammoet's team completed the installation of the first airside bridge in Hong Kong as well. The international arrivals facility is currently open and in use. Alongside other improvements planned for the airport, the walkway will help double the airport's international passenger capacity to 2,600 per hour.

Travis Wilcox, Mammoet project manager and presenter at the conference said, "It was truly an honor to represent Mammoet and receive the Rigging Job of the Year award in our respective category. The level of competition was high, yet this is another example of Mammoet's ability to deliver world class service. I was very fortunate to be a part of an extraordinary team, which made the project a success. Special thanks to everyone involved."

"Mammoet is tremendously proud to win this award and to be recognized by the industry for such an innovative project. This would not have been possible without our team's dedication to excellence, and I would like to thank them for all their hard work."

The SC&RA, a trade association with more than 1,400 members from 46 countries, is dedicated to advocate, educate and provide networking opportunities to support the heavy lift industry in operating safely, legally and profitably around the world. This annual event attracts owners, CEOs, management and leaders in the industry. 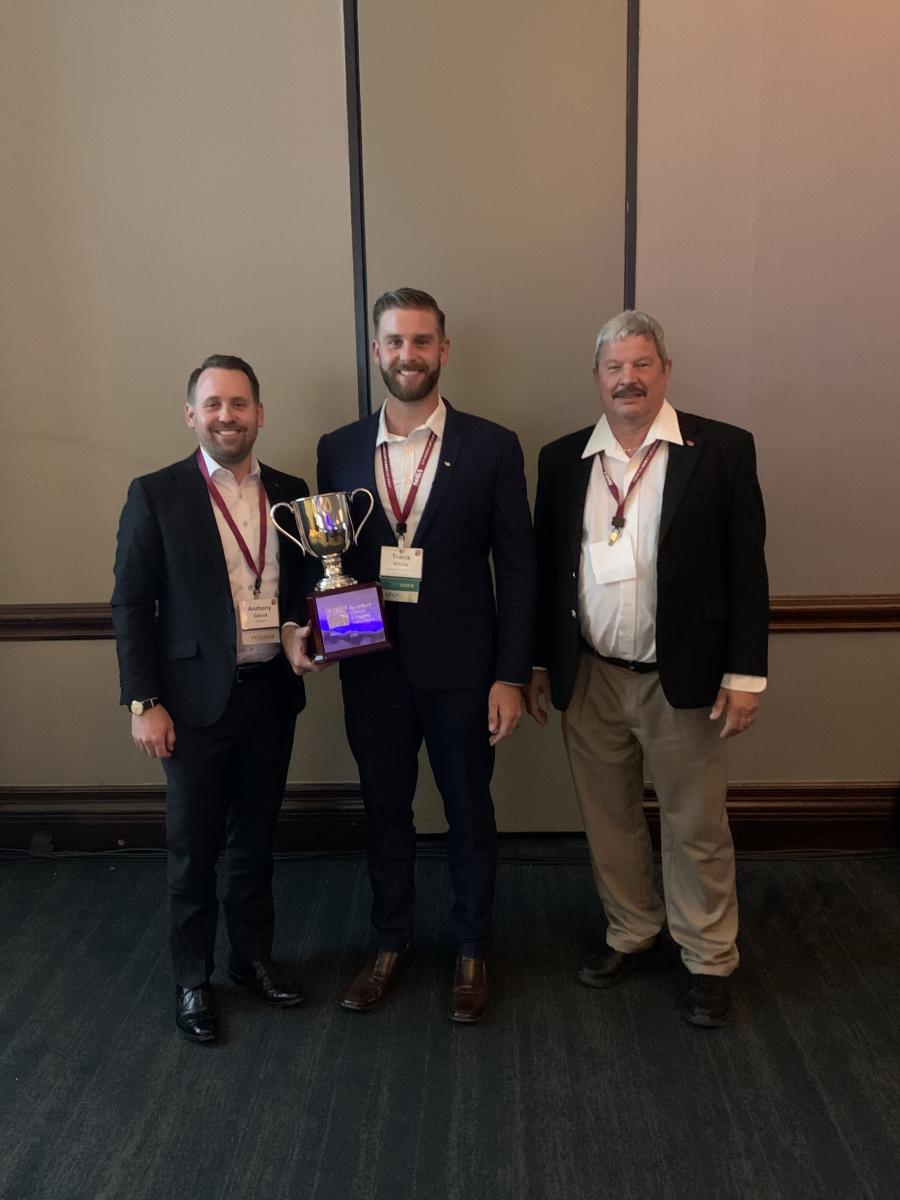 The NCCCO Foundation and Heavy Equipment Colleges of America (HEC) announced the launch of a new program designed to recognize top-performing veterans.

Seven steel erection companies have been named as recipients in the annual project of the year awards by the Steel Erectors Association of America (SEAA).

The parent company of Walter Payton Power Equipment, the Lanco Group of Companies (Lanco), has been named Manitowoc's Top Dealer of the Year, once again.