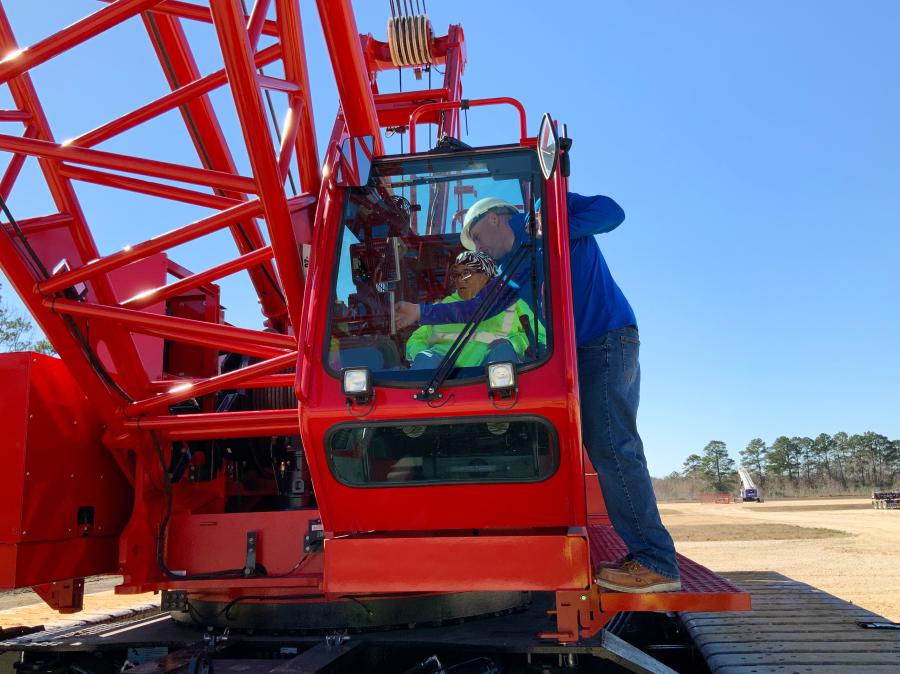 IUOE members — whether apprentices or experienced operators — can now use the crawler as part of the Manitowoc crane family to hone and advance their skills as new technologies and legislation are introduced. The new crawler replaces an MLC165-1 that was delivered shortly before the facility opened in April 2018.

Manitowoc has provided cranes to virtually every local chapter of the IUOE for 20 years to ensure the best productivity and expert knowledge are available to operators.

"We have over 100 training centers throughout the U.S. and Canada — every local chapter is rightfully proud of its own facility, and we want them to maintain that autonomy," explained Chris Treml, IUOE Training Center director. "We're just trying to augment what they already have so that they don't have to make too many big-ticket purchases."

While several local chapters utilized IUOE facilities to train their members in health and safety, until the Crosby Center was established by James T. Callahan as part of the vision of the IUOE General President, there was no single center for equipment training. Now, the vast, 265-acre site offers a far more comprehensive environment in which to progress operators of all abilities, using the most technologically advanced equipment on the market to build upon what they've learned from their local union programs. 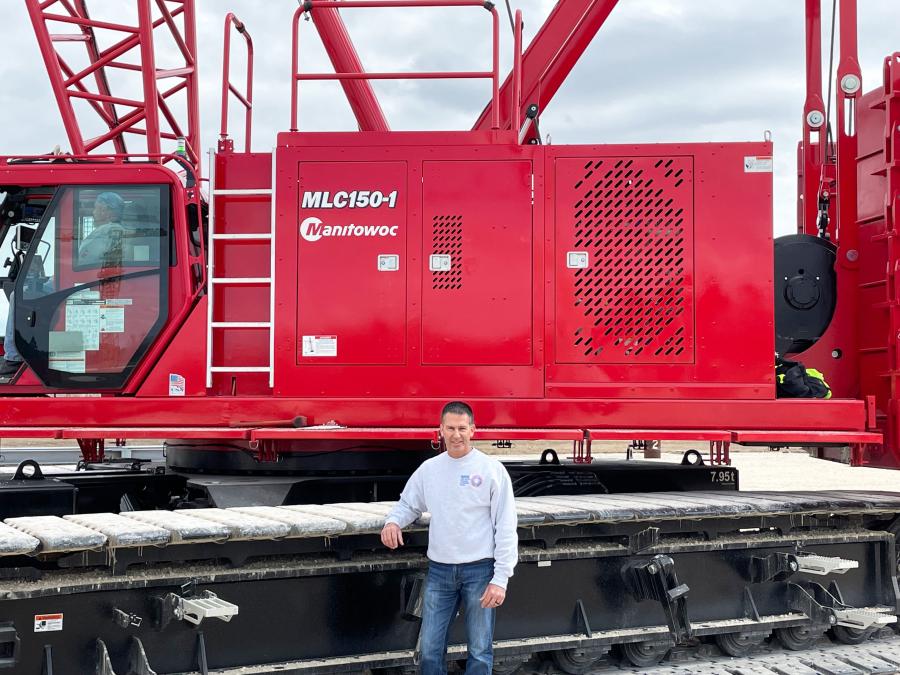 "We have dedicated equipment areas so there's plenty of room for mobile cranes to safely move around," added Jay C. Lederer, communications director at IUOE. "The operators can learn best practice without being unduly worried about what else is going on nearby, as they might in an urban setting."

Keeping Up With the Times

The trainees at Crosby will come from the approximately 10,000 apprentices accepted into IUOE local training programs each year. Through its typical offering of 130 to 150 multi-discipline classes per year, the center can easily train 5,000 students from across North America in both operating and service technician roles. Some of these are new courses only made possible by this purpose-built facility, such as the welding programs that have removed the need for apprentices to be sent to vocational schools.

"Our students could be new apprentices, seasoned journey people who want to change from running mobile cranes into tower cranes, or even total novices who want to switch from excavation to cranes," Treml said. "What's crucial is that we can offer the latest and greatest machines, so that what they're putting their fingertips on in Crosby is what they'll be likely to use on the job site. Now, we can advertise that we have a brand-new Manitowoc MLC150-1 with the most advanced system on it." 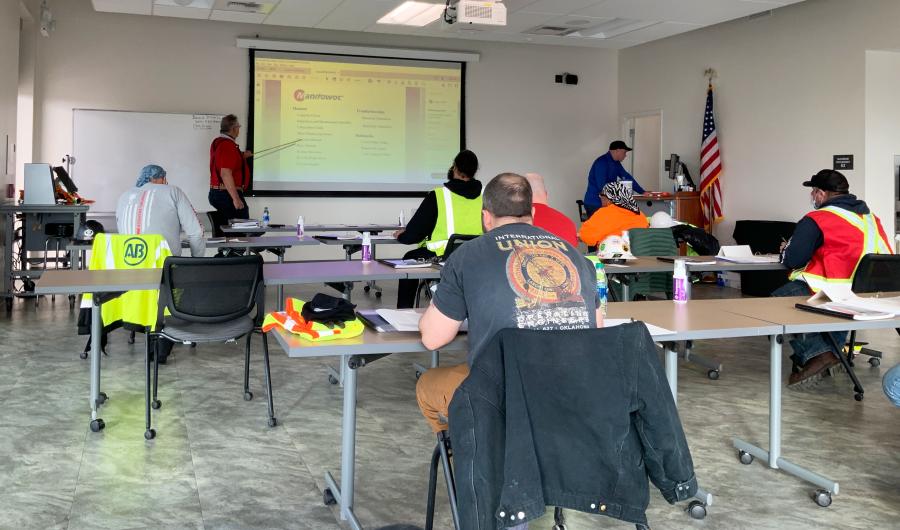 A class at the IUOE training center in Crosby, Texas.

Staying abreast with these rapid developments in control systems and technology requires regular training for even the most knowledgeable operators. Touchscreen computers and the associated controls — now an inescapable part of the job — can still be intimidating to some veteran operators, so the IUOE's training programs seek to instill in them a heightened level of comfort and understanding.

Who Trains the Trainers?

Even the IUOE's top-class instructors aren't immune to the march of progress, however. So, with such great responsibility resting on their shoulders, Manitowoc also provides them with ongoing training to ensure they can speak from experience.

"Before we offered our first class with that new luffing crawler, I knew there'd be a Manitowoc factory tech on hand to walk our instructors through the computer systems and the different configurations, etc.," Treml said. "They make sure that everyone fully understands the new system and is completely comfortable with it before they pass that knowledge on."

The creation of such an advanced industry nerve center enables several forms of certification to be available from Crosby all year round. Rigger 1, Rigger 2 and Signal Person certification has begun to be offered this year and, in addition to the NCCCO certification program, the Operating Engineer Certification Program (OECP) provides members with a valid assessment of their competence in crane operations.

"This ensures compliance with the new OSHA rule that you can't operate a crane on a job without being third-party certified," Treml added. "It's another ticket in their pocket that allows them to take on work, whether it's in a mobile hydraulic crane or tower crane." 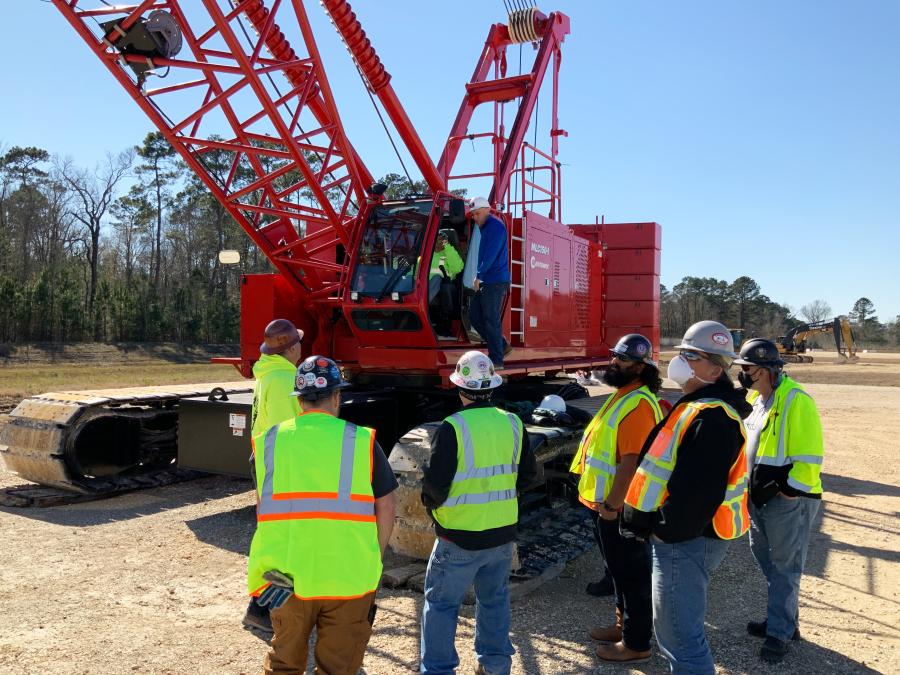 The hands-on training at IUOE opens up rewarding career opportunities for operators.

In today's booming construction market, crane operators are well-positioned to enjoy lucrative, rewarding careers. As such, no additional encouragement should be necessary to attract new entrants — but Treml is keen to emphasize the positives, nonetheless.

"When I was training director of my home local, kids would come in for interviews and ask, ‘What am I going to get out of it?' Well, I'd been sitting in their seat over 20 years earlier waiting for my interview, so I know that you get out of it exactly what you put into it," he said. "You can make a great career out of this. Construction is never going away. Whether you want to be in the seat of a machine for your career, or move on to training where you can give something back, there's so much opportunity for growth."

As for the longstanding relationship between the two organizations, which on a personal level began in 2002 for John Kennedy, Manitowoc vice president crawler sales, and 2014 for IUOE's Chris Treml, that remains highly prized on both sides. For the union man, the responsiveness of his OEM colleague has been a key asset in its success.

"I'm free to call John anytime I have a concern and he always addresses it," Treml concluded. "Before we opened up in Crosby, he always made sure that we were taken care of at the local level. And now, whenever there's been a query or an issue, he's always made sure everything is addressed. It's been a very successful partnership."

Grove is celebrating its 75th anniversary in 2022, a significant milestone for one of the world's most renowned and prolific crane manufacturers.