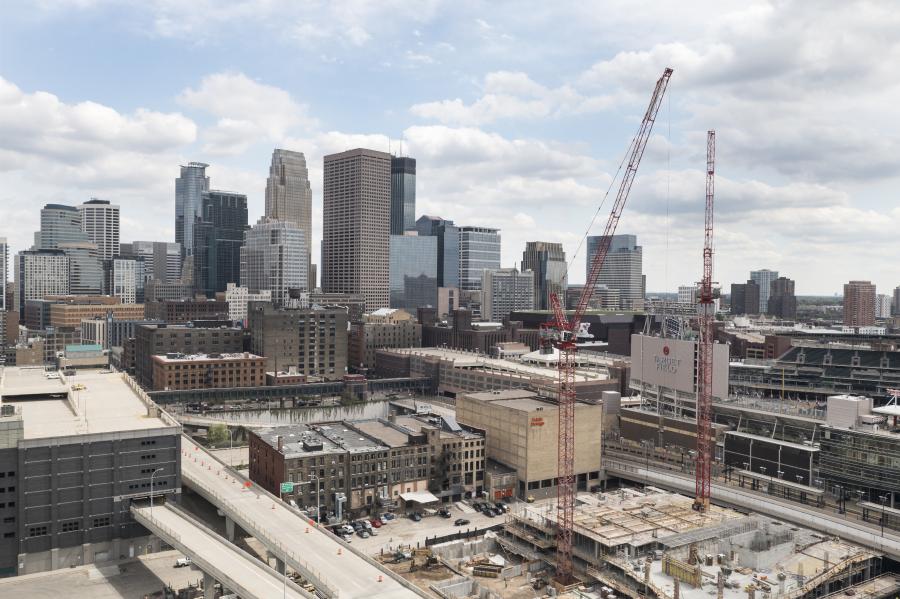 The only access point to the job site is Twins Way, a surface road that lies between the construction project and Target Field, home of Major League Baseball’s Minnesota Twins.

If you're building a suburban home, 3.4 acres is a good-sized piece of land. But what if you're building two urban mixed-use towers connected by a skywalk with an acre of greenspace between them? Then, suddenly, that 3.4 acre space starts to seem daunting.

That is the plan for North Loop Green, a new high-rise development in Minneapolis' North Loop neighborhood. As if the acreage wasn't small enough, it's also boxed in, surrounded by a bridge, interstate and rail line. The only access point is Twins Way, a surface road that lies between the construction project and Target Field, home of Major League Baseball's Minnesota Twins.

Dawes Rigging & Crane Rental, a member of the ALL Family of Companies, is providing two tower cranes for the project in conjunction with ALL Tower Crane. General contractor on the project is Kraus-Anderson. 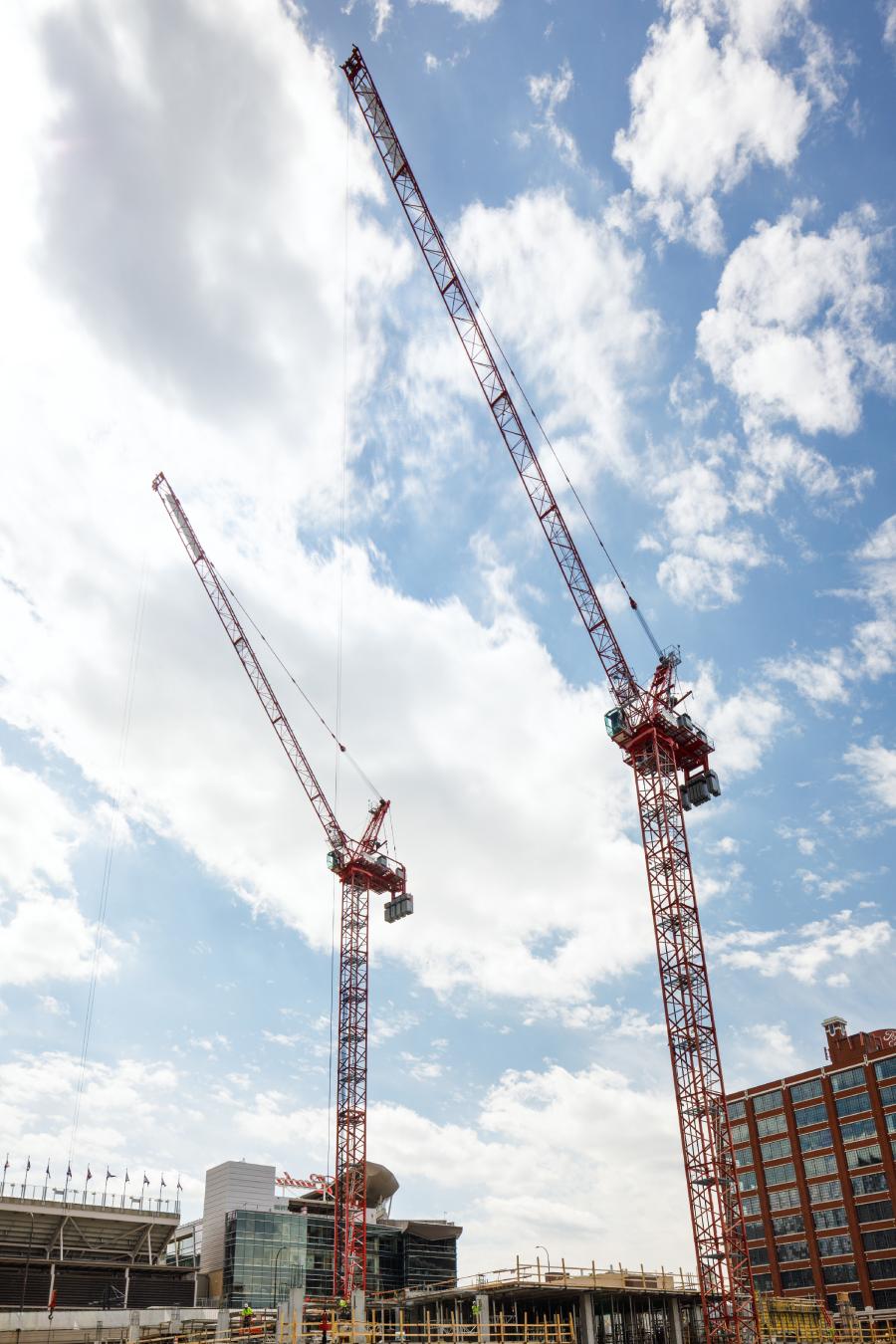 Because of the close confines, luffing towers were specified for the job.

"It was apparent from early on that luffing towers were the appropriate choice," said Ryan Harrison, branch manager of Dawes Rigging & Crane Rental in Madison, Wis. "We didn't want to boom over adjacent air space and the luffing solves that, plus it gives us added capacity for the lifts this work will require."

Dawes brought in a Grove GMK7550 all terrain (AT) crane to assemble the first tower. The 550-ton capacity AT could only access the site via Twins Way. Harrison credits the general contractor with coordinating with stadium officials to clear passage for the crane.

"As you can imagine, there are always activities happening at a stadium like Target Field, so we had an allotted number of days to get the Grove in and out to get the first tower built. Kraus-Anderson did a masterful job at setting things up for us."

Once construction is complete, slated for 2024, the first tower crane will disassemble the second, then the Grove GMK7550 will return to assist with disassembly of the Potain MR 608.

"Every swing and clearance scenario for these two tower cranes has already been plotted in advance," said Harrison. "The engineering team at ALL Tower Crane was invaluable in preparing us for the entire project. They processed an amazing amount of information."

Harrison said that while no part of the job will be easy, it will be performed smoothly.

"Tough jobs are becoming our niche. After all the planning is done, customers get a well-executed project." 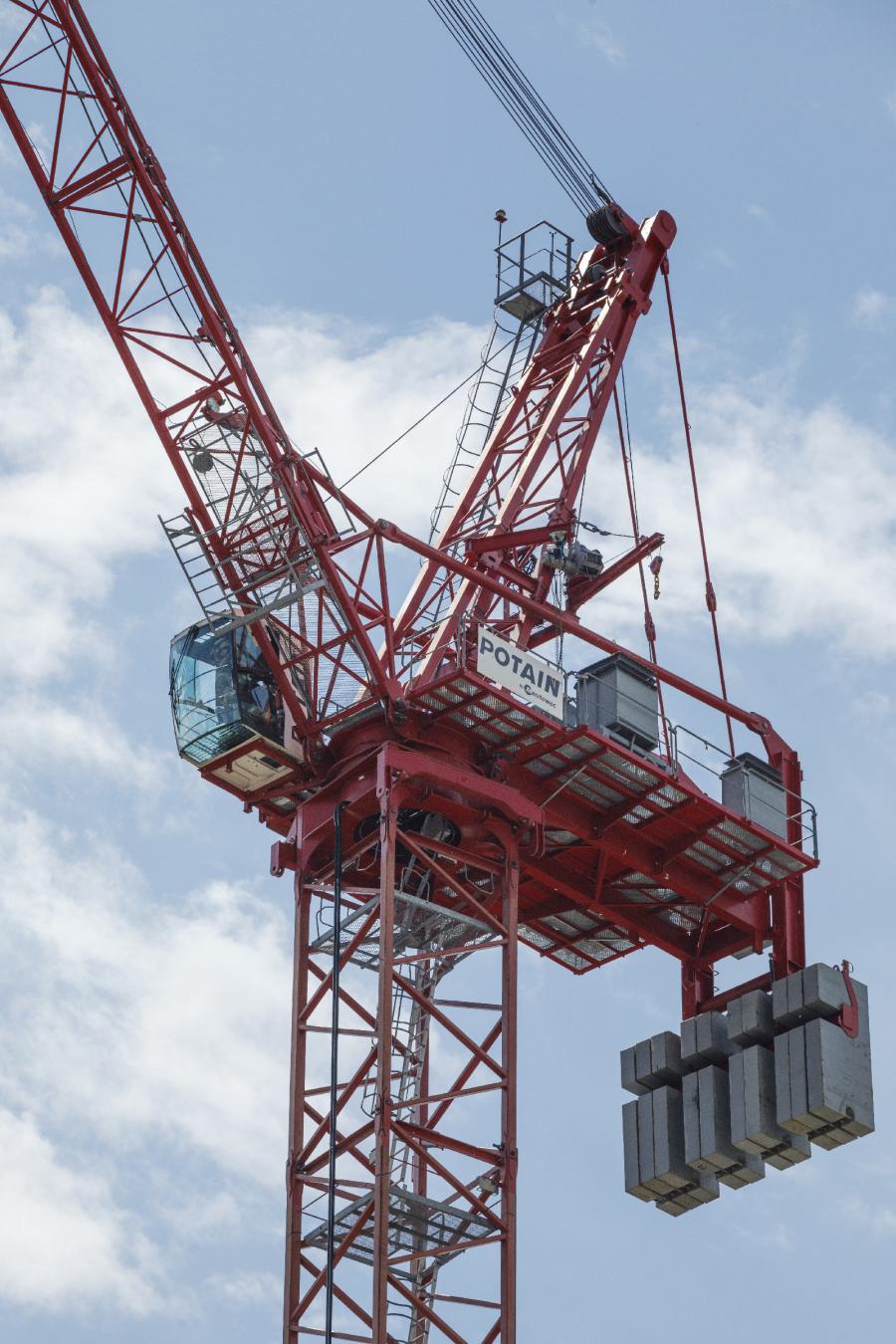 Brittney Yares is a fast learner and an extremely ambitious person. Those two traits are why her company Brittney Kate Builds (BKB) has grown from a weekend project with a friend to a booming and respected company.

Four southern branches of the ALL Family of Companies banded together to accomplish a massive lift for construction of a new hangar at an international airport in northern Florida.

Saudi Arabia's Red Sea Project is the world's most ambitious and exciting tourism and hospitality project — a luxury destination created around one of the world's last hidden natural treasures.

The Occupational Safety and Health Administration (OSHA) has released a new compliance directive, CPL 02-01-063 for cranes and derricks.

A package of 25 new Liebherr cranes is coming to the ALL Family of Companies throughout 2022. Perhaps the most highly anticipated is the Liebherr LR 11000 lattice boom crawler crane, which becomes the largest crane in the ALL fleet.

ALL Erection & Crane Rental, a member of the ALL Family of Companies, has been honored with the Longevity Award from the Specialized Carriers & Rigging Association (SC&RA), recognizing its decades of leadership.