When asked to provide a feature on cranes I decided early on this was a fairly illustrative photo shoot. That didn't stop me from perusing through the more than 200,000 images I have but, I kept returning to this scene. It is very standard, straight forward and even simplistic crane work. Yet, that crane you are looking at was, at least for a time in 1956 to 1957, the world's largest truck crane. A lot has transpired in 60 years. Today, hydraulic truck cranes of 1,000 ton capacity or more roam cities.

You might also notice some of the things missing. A few workmen weren't wearing hardhats. There is not an orange barrel in sight, they hadn't been invented yet. Today, workman would be fastening the bridge beam braces from the safety of man-lifts a machine that didn't exist in 1957. 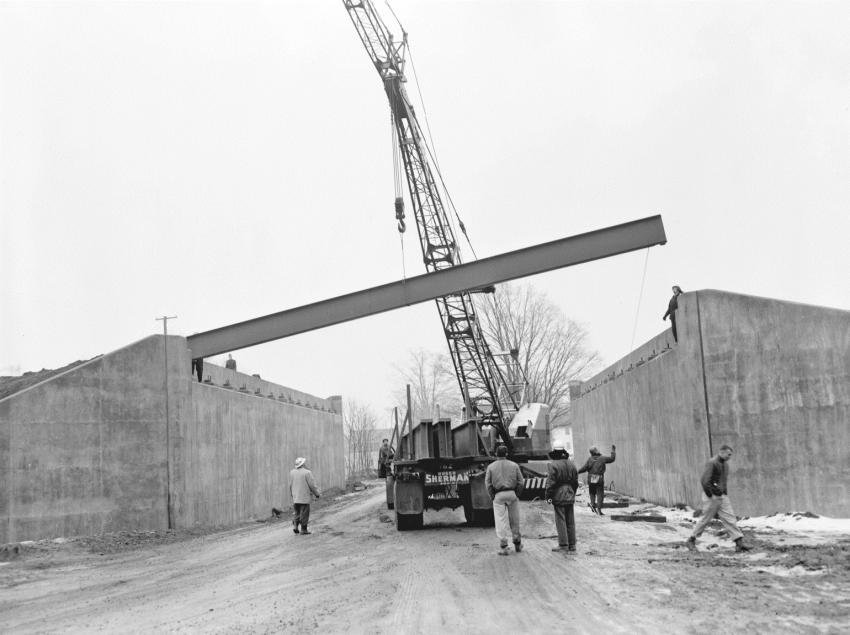 A P&H 555A-TC 35-ton truck crane lifts a steel beam into place for a single span bridge along the Connecticut Turnpike at Mill Plain Road in the Town of Branford, Conn. The prime contractor for the entire $8,384,791 turnpike project 319-01 was M. A. Gammino of Providence, R.I. The steel erection subcontractor is Harris Structural Steel of New York City. The photo taken Feb. 7, 1957, depicts a dreary wet winter day. (CTDOT photo) 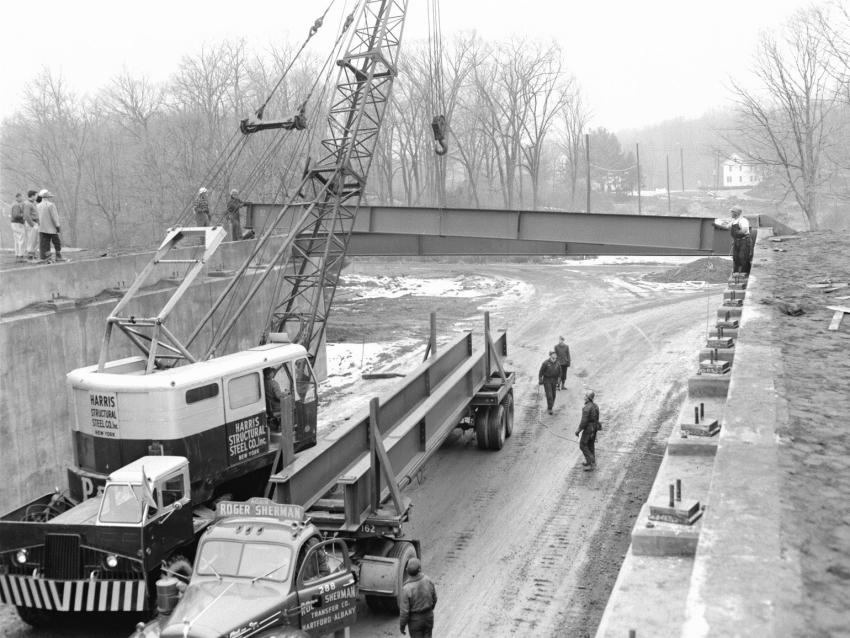 The P&H crane continues to hoist the steel beams into place. The beams were hauled to the project by Roger Sherman Transfer Company of Hartford, Conn. The truck tractor is a B-model Mack. (CTDOT photo) 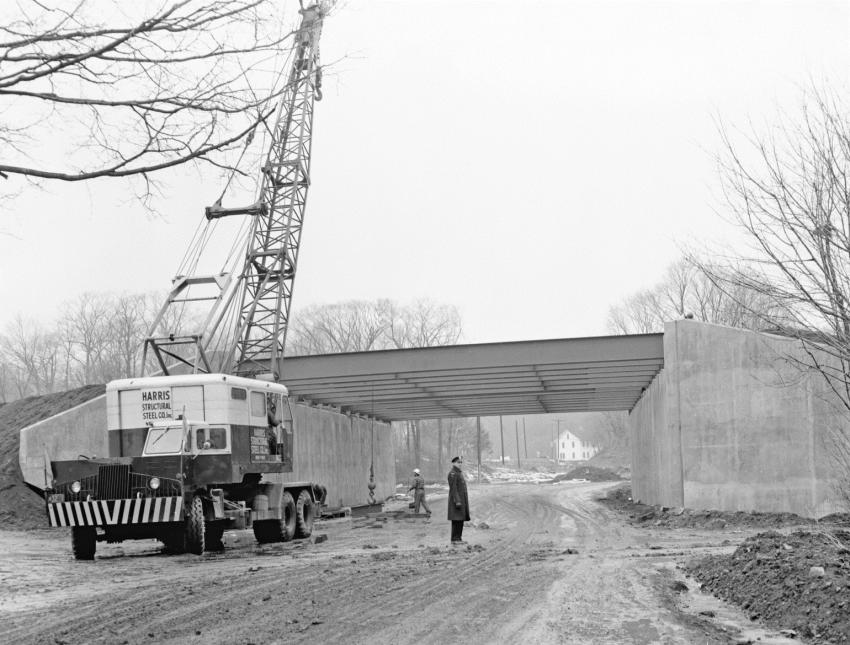 All in a day’s work; the steel beams are in place. A police officer on traffic detail is vigilant while the remaining braces are lifted. (CTDOT photo)